I was in a very toxic relationship for nearly 3 years and I did the best decision for myself and decided to leave him to focus on my business. He was always very jealous of my success and every time something positive happened for me in my career, he would always make me feel guilty because he didn’t have a job. Because he was a failure, he would often take the anger out on me.

I did what any good girlfriends would do for their boyfriends. I provided for him, gave him a roof over his head, and supported him even at times when he either lost his job or something wrong happened in his life. But looking back I’ve realized it happened quite often, that he either got into an argument with his mates or that he got robbed on the way to work, or that he got evicted at his old place. It was just always something, and eventually, I grew tired of it. Tired of bailing him out of his own problems. Tired of being Miss Nice all the time.

I didn’t realize at the time that I was in a toxic relationship because I ignored all the red flags.

When I was with him I never battled an eyelid and always trusted him. Always believed his lies and believed that he was the best for me. The best I deserved. Whilst he was out partying every other weekend, I was staying home working hard on my goals.

We were living in two different realities and it seems like he didn’t care at all about how I was doing, or that I was stressed about not being able to afford the rent. It just came to a point where I had to take a good look in the mirror.

One day I just realized that I was TOO GOOD for him and that being with him would only make things worse. I had to leave that toxic relationship and start rebuilding my old life again.

I have always been a person who thinks more with her heart than her head sometimes, especially when it comes to relationships, but after this relationship, I realized my own worth and after many months of trying – I finally left him.

I could finally start my own healing process and I can promise you that it was not an easy road to take, but I am forever grateful that I left that toxic relationship and focused on myself, my life goals, and my future.

The point is sometimes it’s so easy to love someone and give all your energy into the relationship, instead of focusing on yourself and your main goals. I was often so consumed by the toxic and negative energy, that I even lost track of time and forgot to renew my old domain for the very successful beauty blog I once owned (Brand and Beauty).

I was just completely drained of energy, looking at myself in the mirror, covered in bruises from top to bottom. The Celia I knew was gone and I never thought I would get her back.

I would cry myself to sleep and think that I would never survive without him and I pushed away every decent guy that was interested in me. I was just completely heartbroken and believed that every man on this earth was gonna lie and cheat on me.

Now several years later I am glad I left that toxic relationship and gave myself the chance of healing old wounds. It took time, but I eventually found myself again and started focusing on my business again. I even started Entrepreneur Women Daily to remind myself that I can do anything I set my mind to and that I dont need him to feel complete.

If you are in a toxic relationship right now, do yourself a favour and leave him/her. I know its going to be difficult, but it is so worth it because you will look back and thank yourself for leaving when you had the chance.

Emotional abuse is very common in a toxic relationship, especially if you are the “man” in the relationship and he feels intimidated by your success. Never settle for this type of behavior because he’s never going to fully support you, he will always find a way to drag you down or make you feel worthless.

My ex used to spit on me, strangle me, throw me against the bed, hit me and he used to call me the most horrible things you can imagine.

It always begins with a little bit of anger, then that anger slowly turns into physical abuse. LEAVE the relationship if you got the chance and FOCUS on your YOURSELF and YOUR BUSINESS! 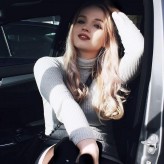 Become Self Employed With These Amazing Tips

How To Improve Your Business Woman Energy In 2022

The 6 Most Successful Zodiac Signs According To Astrology

How To Improve Your Business Woman Energy In 2022

Become Self Employed With These Amazing Tips

5 things to check to make your business better

How To Become a Female Entrepreneur With These 4 Smart Methods